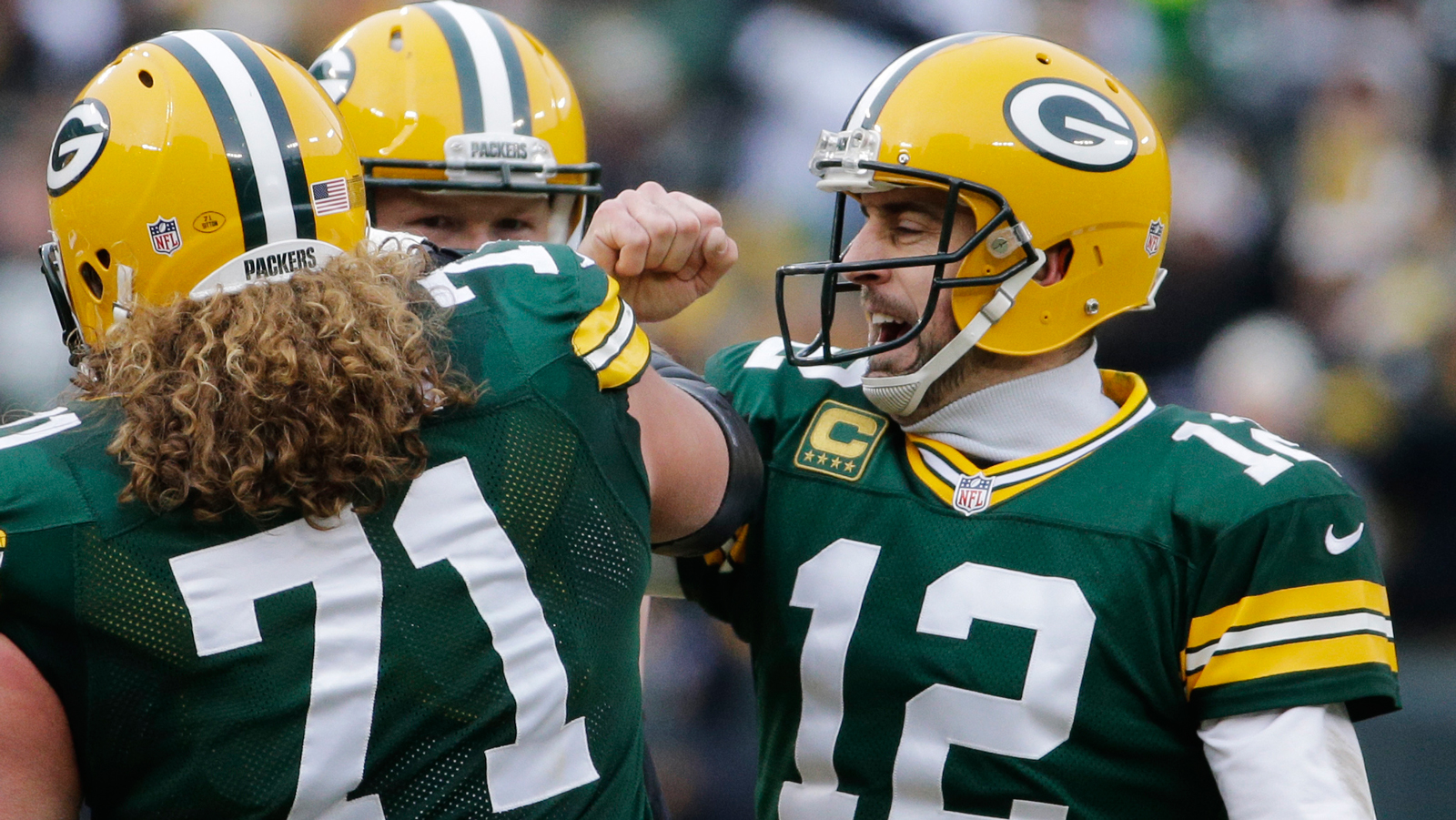 The Packers get a chance for redemption at CenturyLink field on Sunday, only with a less-mobile version of Aaron Rodgers, who’s battling through a tear in his calf muscle. Rodgers at 70 percent is still better than most other QBs at full-strength and 200 percent of Ryan Lindley. Let’s rewind for some of the best off-the-field Packers moments from this season.

Dressed to impress at the #Packers Welcome Back Luncheon. pic.twitter.com/nLgQT7xUSb

2. BABIES OF THE NFC NORTH

"This says it all!" FOX6 viewer Bonnie from Twin Lakes sent in this great picture of her twin grandsons! #GBvsCHI pic.twitter.com/tzHJUJEOOl

This photo was taken in Week 4, around the time Green Bay whacked Chicago 38-17. Packers baby knows the score.

I wonder if Mike McCarthy has considered trick plays where comedian Tom Wrigglesworth, on a one-week contract, suits up in a No. 15 jersey in the backfield as a decoy.

5. RANDALL COBB GETS SPLATTERED WITH KETCHUP DURING LAMBEAU LEAP CELEBRATION

A little bit of Heinz at Lambeau Field.