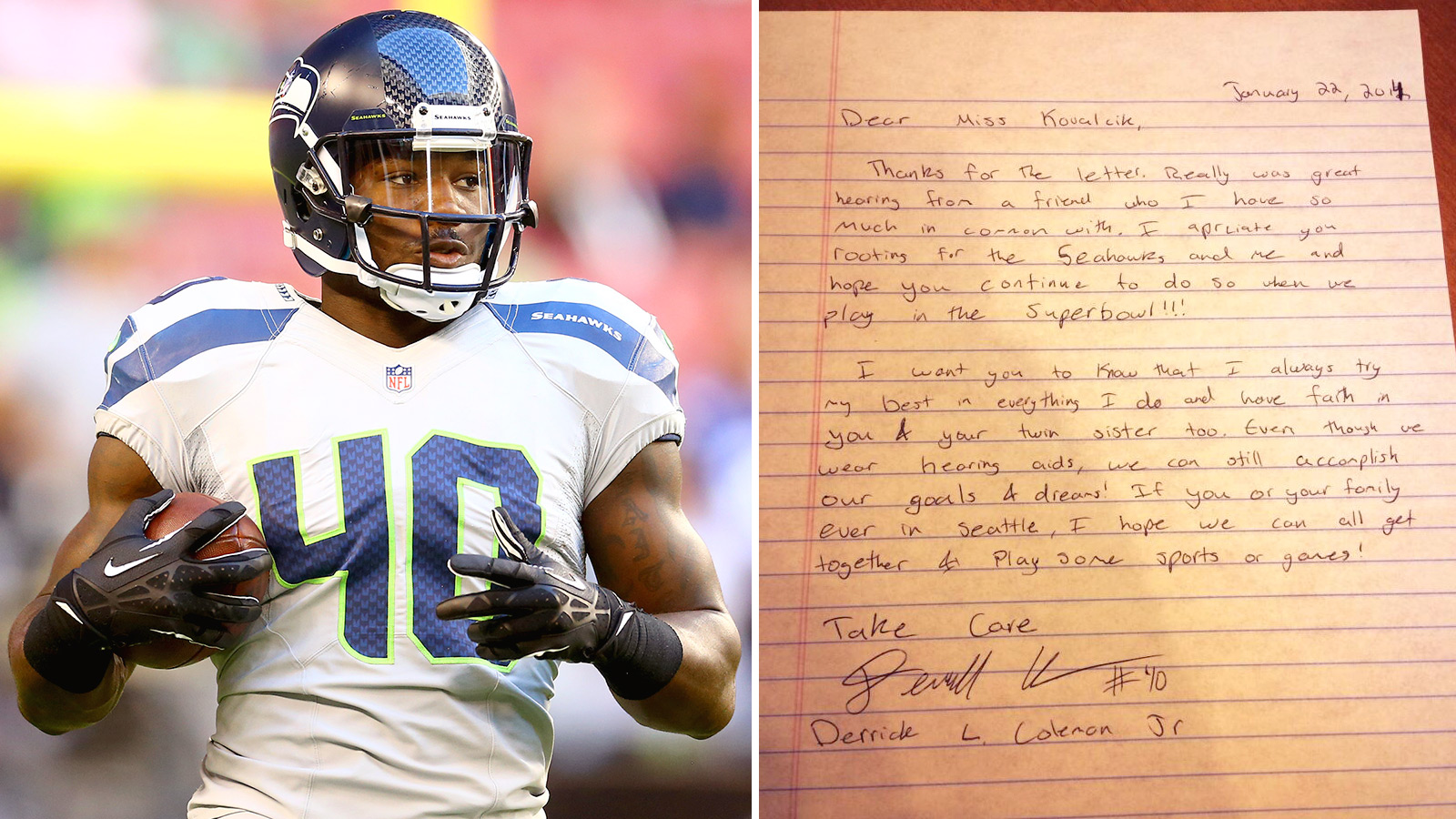 This story just keeps getting better.

On Tuesday we shared a letter a young deaf fan wrote to Seahawks FB Derrick Coleman, who is also deaf.

This all comes after the inspiring ad about Coleman’s life that went viral last week.

Coleman wrote a letter back to the deaf fan and her twin sister and shared it Wednesday on Twitter. Is it great? Yup:

@JakeIsMobile Your girls are awesome! Read them my letter back when you can! Thank you for the support! Means a lot! pic.twitter.com/9x5tQQwNbk

@Seahawks @DC2forlife you've inspired my little girls in a way I never could. THANK YOU! #Seahawks #SuperBowlXLVIII pic.twitter.com/lhpJfCPOSD

@DC2forlife you have NO CLUE how much this means to them. i know you're busy with #SuperBowl prep & truly appreciate the note! #hero

The Seahawks and Broncos will battle in Super Bowl XLVIII. We’re guessing Coleman and the Seahawks have just gained a few new fans.