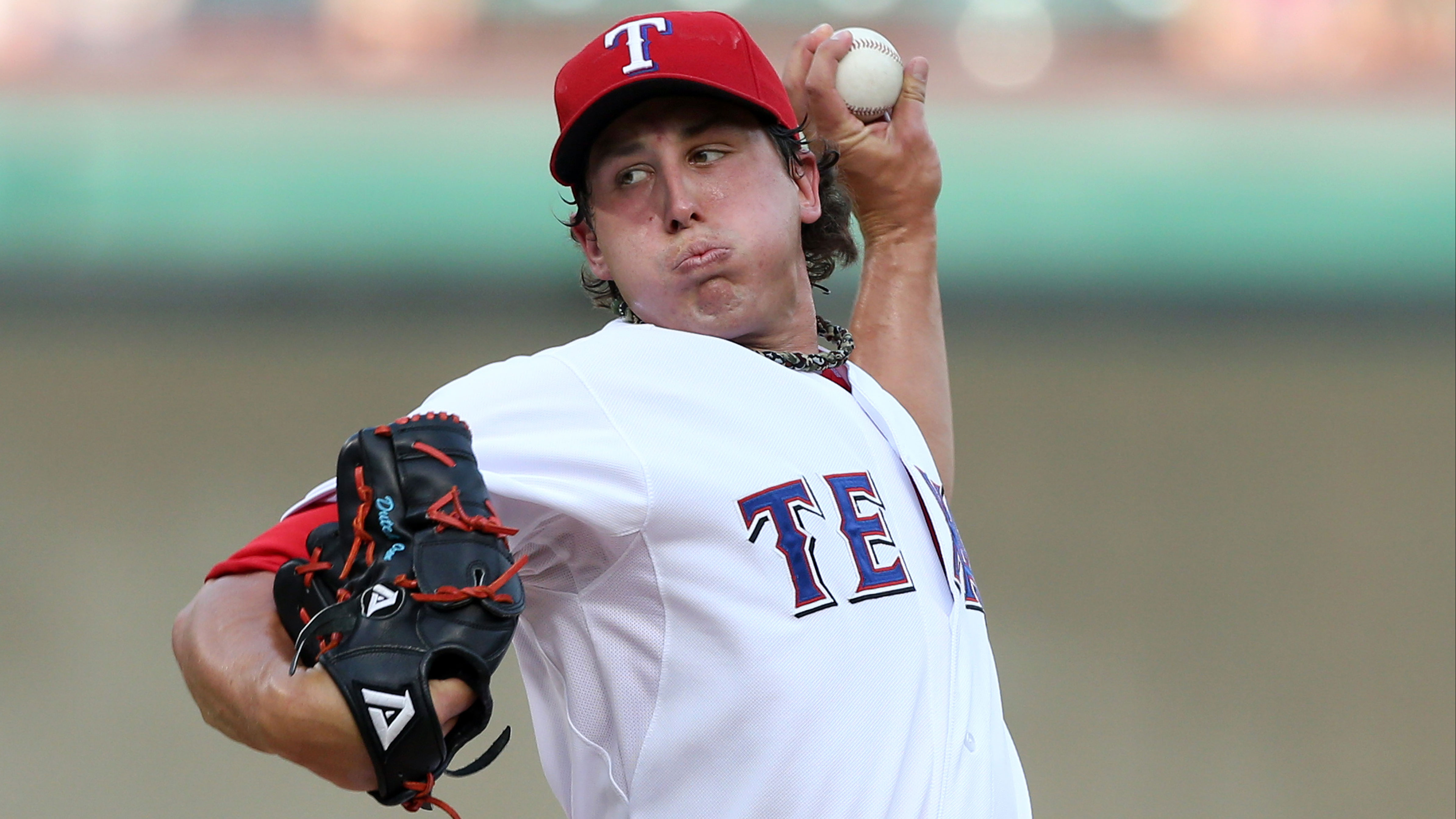 Rangers pitcher Derek Holland underwent knee surgery last Friday after a freak accident involving his dog. Rumors have since swirled that Holland’s injury occurred while he was playing hockey. He joined the newest episode of "The Buzz" podcast to address the accusation.

On how the injury happened, he said, "I was playing around with dog, like any other person who has animal, you gotta play with them. I tried to hide from him, take off and run from him and when we went up the stairs, we had a little bit of a collision. He clipped me in the back of my leg and caused me to fall down the steps and get my knee to buckle."

On whether he was making up the dog story, Holland said, "Trust me, I would not want to say, hey, I got tripped out by my dog. I’d make up something better than that."

He continued, "Yes, I do have a big thing for hockey. I do play. I play in a recreational league. It’s a non-contact league. Meaning, I can’t hit anybody and they can’t hit me or anything like that. It definitely wasn’t hockey related."

Holland also showed off his unique sense of humor during the podcast by giving us impersonations of Harry Caray, Borat and Arnold Schwarzenegger. Holland imitating Harry Caray doing play-by-play of Holland’s mishap with his dog is something you need to hear as the pitcher did a solid two-minute riff off the top of his head.

Holland also told talked about a rough session he once had at a roulette table in Vegas after implementing a betting "strategy," his crush on an actress from "Glee," the time he built a hockey rink in his backyard and his cameo in the upcoming "Dumb and Dumber" sequel.

"I get to play myself, but the best part, this is why it’ll make it even better, I play a mental patient at a mental institution. I got to just show up and go."

Download the podcast on iTunes or listen to it below.

You can check out Holland’s amazing Harry Caray impersonation below.