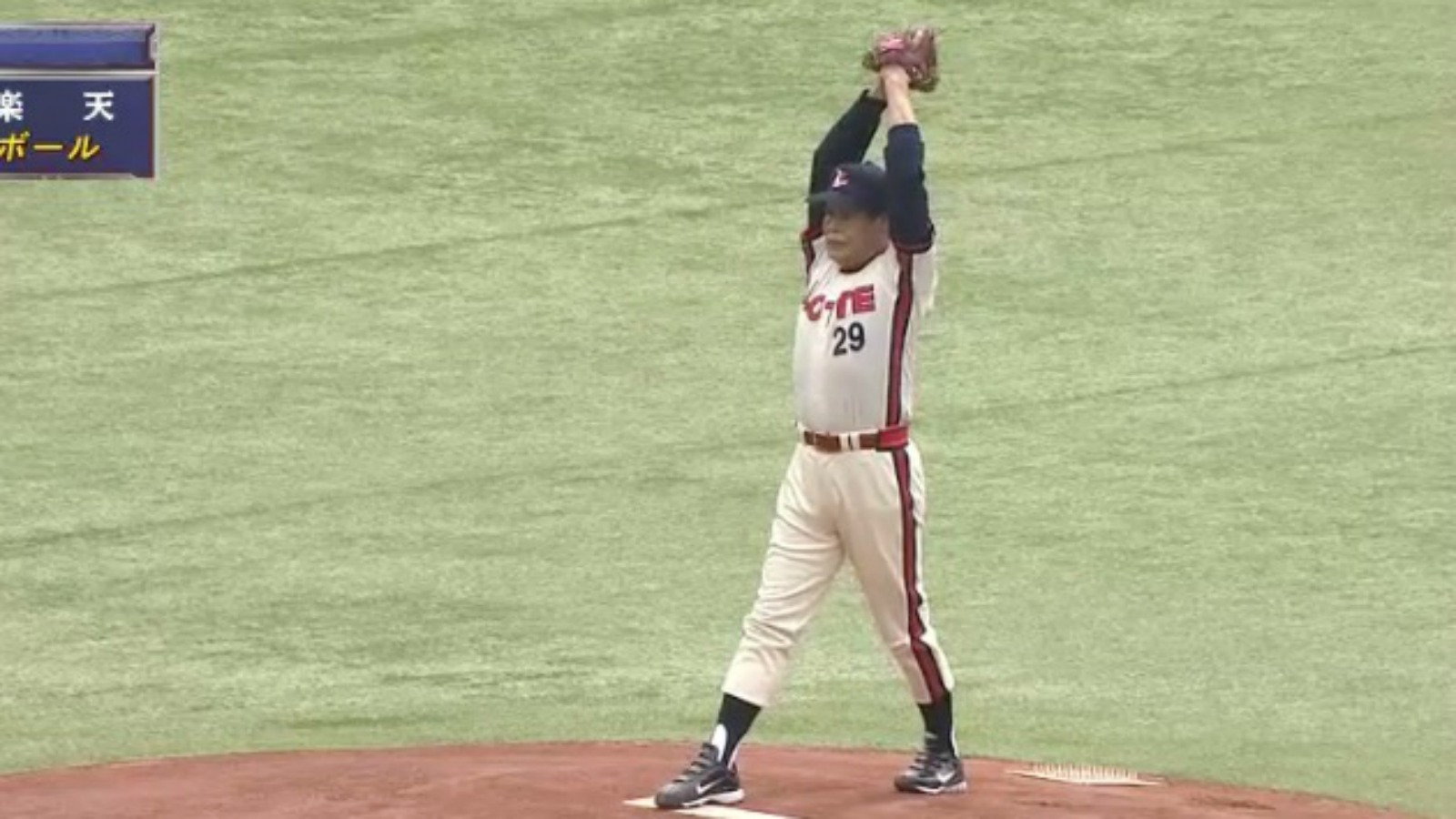 I am not good at throwing baseballs. At BEST, I am serviceable slinging basketballs and footballsâboth exceedingly more manageable objects in almost every way.

So it’s with no small appreciation that I present Choji Murataâ66-year-old man, former pitcher and natural gas-slinger.

A former Nippon Profession Baseball player whose pro career started in 1968 and ended in 1990, Murata trotted out to throw a ceremonial first pitch at a recent Chipa Lotte Marines game.

Deadspin’s Tom Ley dug up footage of Murata’s pitch. The high windup, the mustard. Even a little dropping action for the ladies. Gotta let it hang for the cameras.

Sure, he played ball for most of the Cold War’s duration, but got to give credit where it’s due. We have grown men half Churata’s age in America who can’t throw a pitch without dangering the citizenry.

Dan is on Twitter. You either die a hero, or live long enough to botch a first pitch.