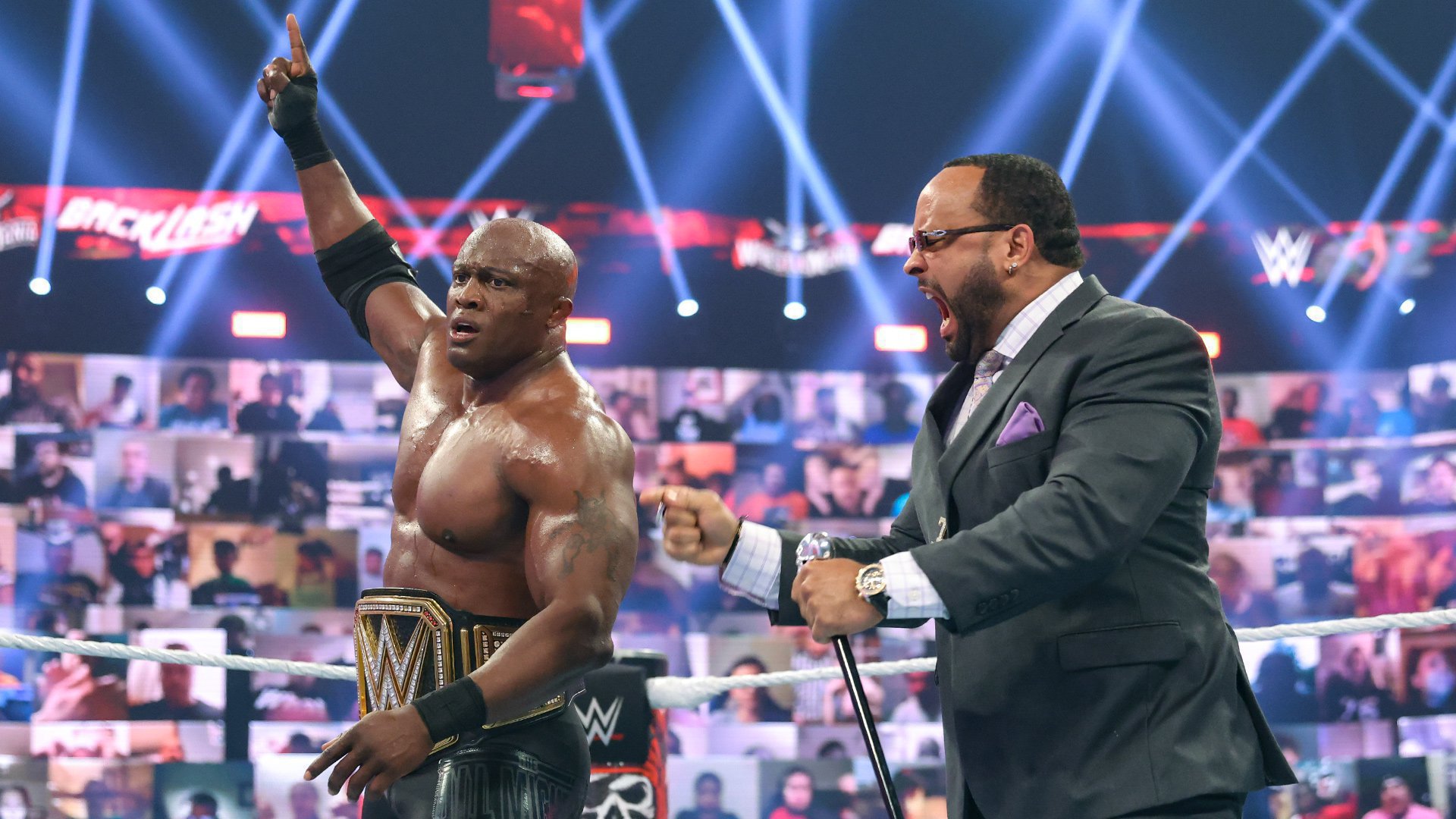 Bobby Lashley used brains — not brawn — to overcome the opposition and retain the WWE Championship against Braun Strowman and Drew McIntyre in a mammoth Triple Threat Match at WrestleMania Backlash.

The All Mighty initially joined McIntyre for a short-lived alliance against Strowman, with the two rivals begrudgingly working together to execute a double suplex on The Monster Among Men.

The unlikely duo quickly imploded, though, as Lashley and McIntyre exchanged strikes, and Lashley later ruled the ring with an awe-inspiring spinebuster on the towering Strowman.

Strowman fired back, clobbering Lashley with the steel steps after the action spilled to the outside. But Strowman was sent tumbling over the barricade just seconds later thanks to a huge Claymore from McIntyre.

McIntyre and Lashley battled throughout the WWE Thunderdome, with The Scottish Warrior repeatedly ramming The All Mighty into the entrance set before sending him crashing through it, causing an explosion of sparks and seemingly neutralizing the champion.

Strowman reemerged to blindside McIntyre and was on the verge of his first-ever WWE Title win as the fight returned to the squared circle. McIntyre dug deep into his arsenal and summoned every bit of strength to plant Strowman with a Michinoku Driver and toss Strowman with a belly-to-belly on the outside.

Moments later, Strowman intercepted McIntyre’s Claymore attempt and drove him through the announce table with a thunderous powerbomb.

Strowman scored a near-fall back in the ring, and McIntyre regathered himself to down The Monster Among Men with a Claymore, putting his third WWE Championship win in sight.

But Lashley stunningly reemerged, tossing McIntyre to the outside and flooring Strowman with a massive Spear, stealing the moment of opportunity away from McIntyre for the victory.