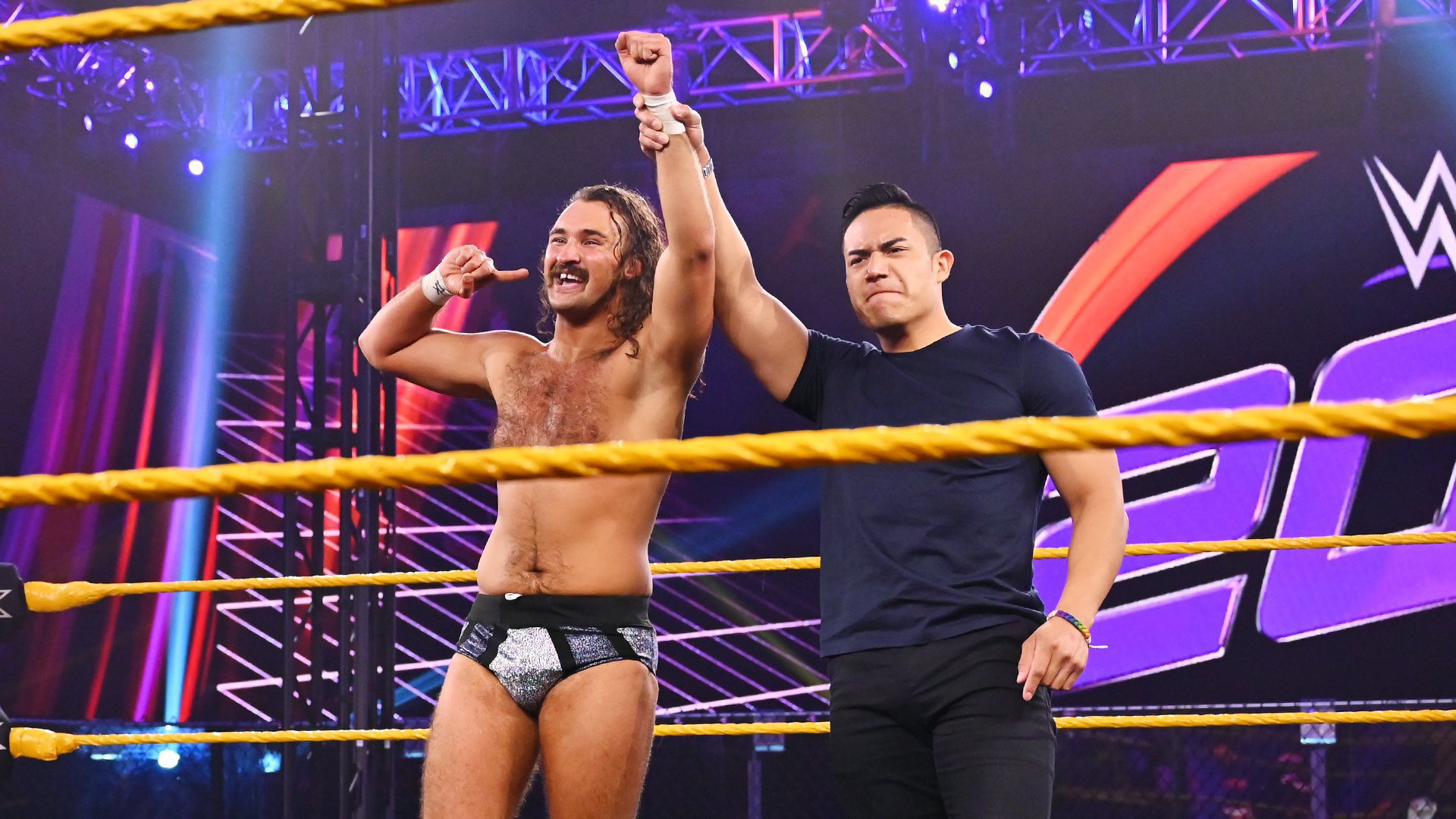 After pairing up with The Bollywood Boyz to from “Bolly-Rise” and going 0-3 over the past three weeks in a pair of traditional tag bouts and an Eight-Man Tag Team Match, Matt Martel and Chase Parker seemed to content to go it alone against the impressive combo of Mansoor and Curt Stallion.

Still, that didn’t stop The Bollywood Boyz from taking a stroll to the ringside area, giving a pep talk to their comrades and trying to dish out a timely assist.

The mid-match confab seemed to light a fire under Ever-Rise, as Martel got back on the attack and nearly drove Mansoor through the canvas with a ring-rattling powerbomb.

With all four competitors brawling in and around the ring, Samir and Sunil tossed their clapperboard to Parker, who was immediately admonished by the official. Realizing he would be disqualified for using the weapon, Parker tossed the weapon back to The Bollywood Boyz, only to be rolled up by Mansoor for the 1-2-3!

After falling victim to the numbers game during a controversial loss to Ariya Daivari last week, August Grey surprised his two newfound rivals by welcoming Jake Atlas to the ringside area to watch his back for his clash with Tony Nese.

Early in the match, it was business as usual for Nese and Daivari, as Daivari Dinero hopped onto the ring apron to distract Grey, allowing Nese to attack his opponent from behind and take control of the fight.

But when Daivari jumped onto the ring apron for a second time, the plan backfired, as Atlas yanked him to the floor and knocked him loopy with a right to the jaw. Nese launched himself over the top rope to level Atlas, but Grey followed up with a dive that flattened Nese.

Moments later, Grey spiked Nese with So Much Prettier to earn the victory.

World Wrestling Entertainment
share story
Tour plans to make non-vaccinated golfers pay for COVID test The PGA Tour is telling its players they will not have to be tested for the coronavirus if they are vaccinated
4 MINS AGO • ASSOCIATED PRESS
Fox Sports™ and © 2021 Fox Media LLC and Fox Sports Interactive Media, LLC. All rights reserved. Use of this website (including any and all parts and components) constitutes your acceptance of these Terms of Use and Updated Privacy Policy. Advertising Choices. Do Not Sell my Personal Info