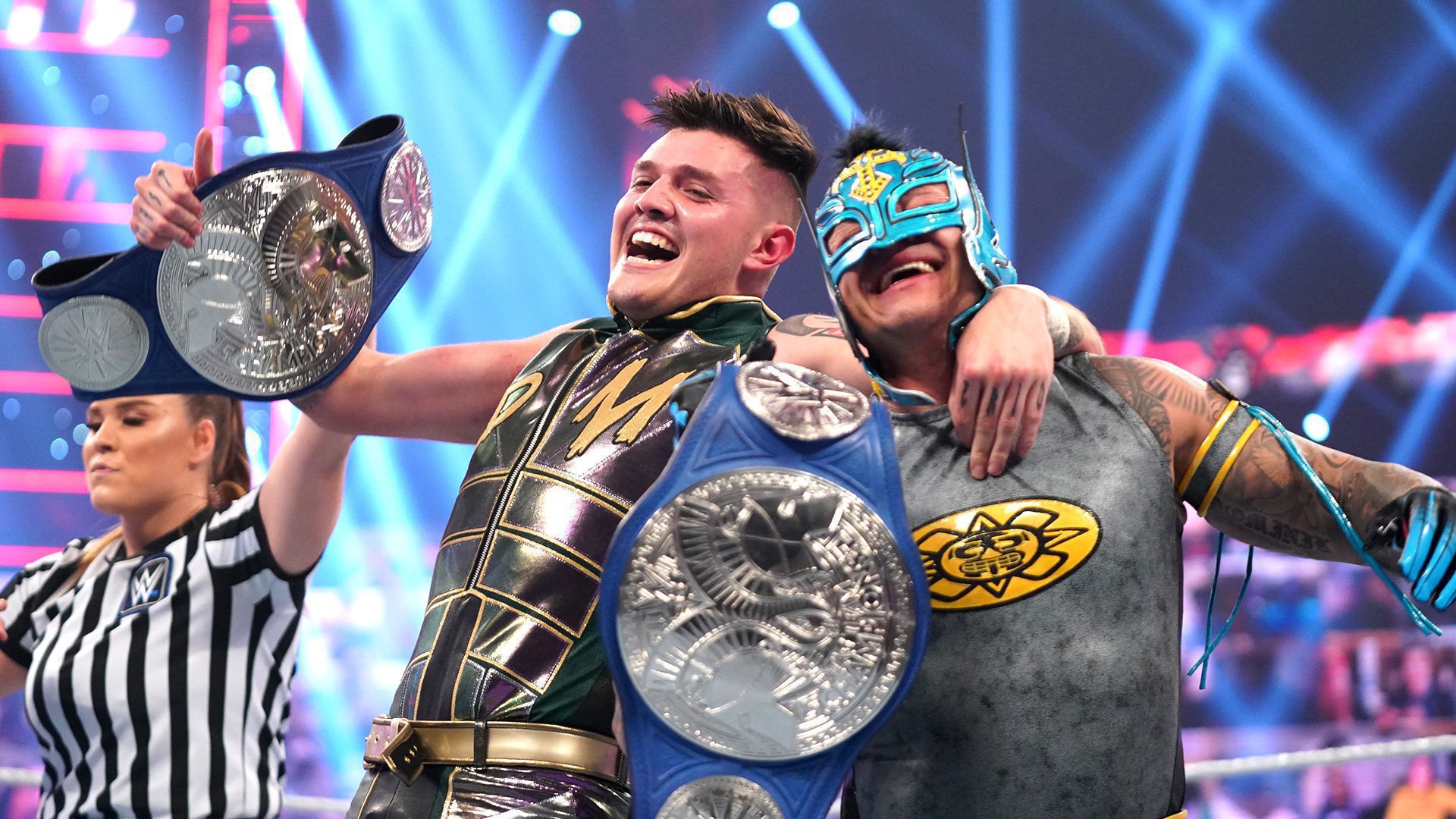 The underdog gene seems to run deep in Mysterio DNA.

Rey was initially on his own thanks to a savage backstage attack on Dominik by The Dirty Dawgz during the Kickoff Show.

Though the odds clearly weren’t in his favor, Rey showed why he’s no stranger to overcoming them, stunning Ziggler & Roode from the opening bell with a picture-perfect game plan of fast-paced offense.

But the harsh two-on-one reality soon set in as Roode & Ziggler stemmed the tide and took control with frequent tags.

A clearly less-than-100-percent Dominik emerged, taking the apron despite Rey’s protests out of concern for his son. Dominik tagged himself in, and while Roode & Ziggler again took the fight to him, he created an opening by beating Ziggler to the punch on a superkick and tagged in Rey.

Dropping Roode with a 619, Rey took out Ziggler after tagging his son, who delivered a frog splash to Roode for the stunning three-count, minting the Mysterios as the first father-son Tag Team Champions in WWE history.

Dominik Mysterio
share story
Fox Sports™ and © 2021 Fox Media LLC and Fox Sports Interactive Media, LLC. All rights reserved. Use of this website (including any and all parts and components) constitutes your acceptance of these Terms of Use and Updated Privacy Policy. Advertising Choices. Do Not Sell my Personal Info