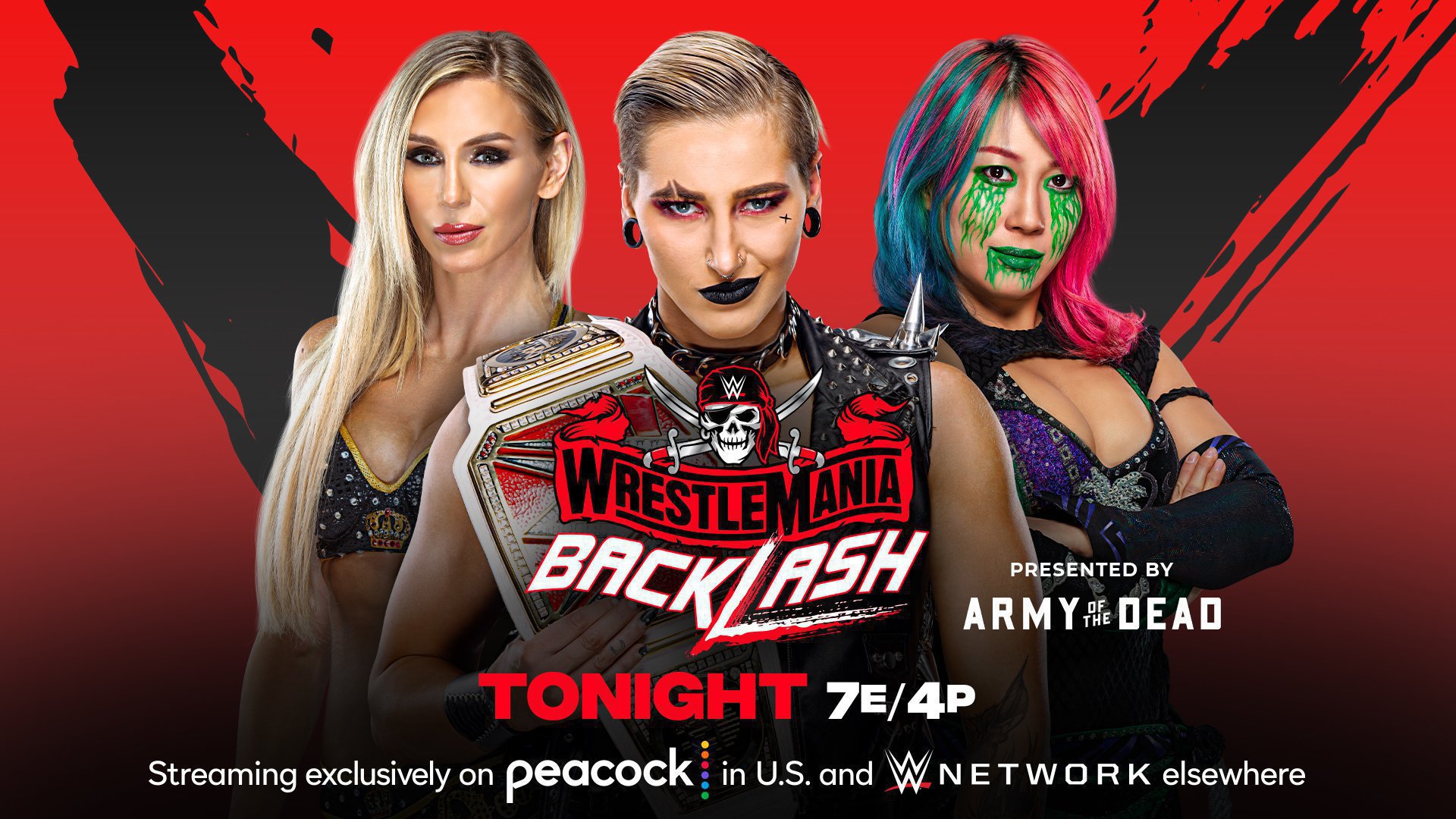 At WrestleMania Backlash, new Raw Women’s Champion Rhea Ripley must test her mettle with the odds stacked against her when she takes on former titleholders Asuka and Charlotte Flair in a Triple Threat Match.

Ripley captured her first Raw Women’s Title from Asuka in a thrilling matchup on The Grandest Stage of Them All, and The Nightmare’s power and take-no-prisoners attitude makes her a true force of nature. Then again, The Empress boasts a skill set and ability to adapt that are matched by few.

Nevertheless, the biggest threat may be The Queen. Driven by a newfound aggression that stems from being left out of The Showcase of the Immortals, Flair is operating on another level. She is further angered over her belief that Ripley stepped into her spot to challenge The Empress at The Show of Shows and will stop at nothing to reclaim her place on the top of the mountain.

Don’t miss the Triple Threat Match at WrestleMania Backlash on Sunday, May 16, streaming live at 8 ET/5 PT, exclusively on Peacock in the U.S. and on WWE Network everywhere else.