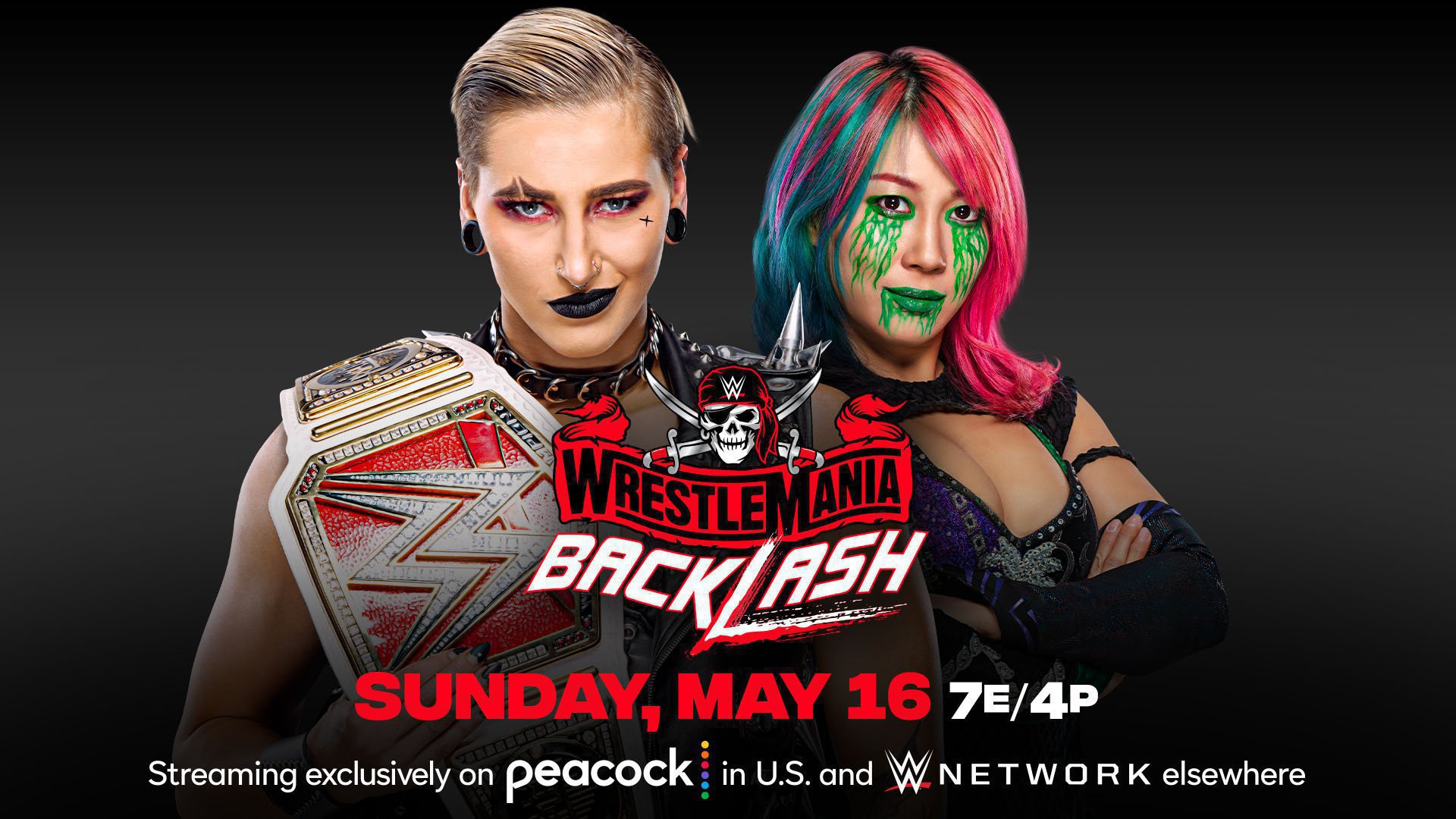 At WrestleMania Backlash, new Raw Women’s Champion Rhea Ripley will test her mettle when she takes on former titleholder Asuka in a WrestleMania rematch.

Ripley captured her first Raw Women’s Title from Asuka in a thrilling matchup on The Grandest Stage of Them All, and The Nightmare’s ability and take-no-prisoners attitude makes her a true force of nature. Considering the often unmatched skill of The Empress, will Ripley will have what it takes to best Asuka a second time? Will she be ready for Asuka … again?

Don’t miss WrestleMania Backlash on Sunday, May 16, streaming live at 8 ET/5 PT, exclusively on Peacock in the U.S. and on WWE Network everywhere else.