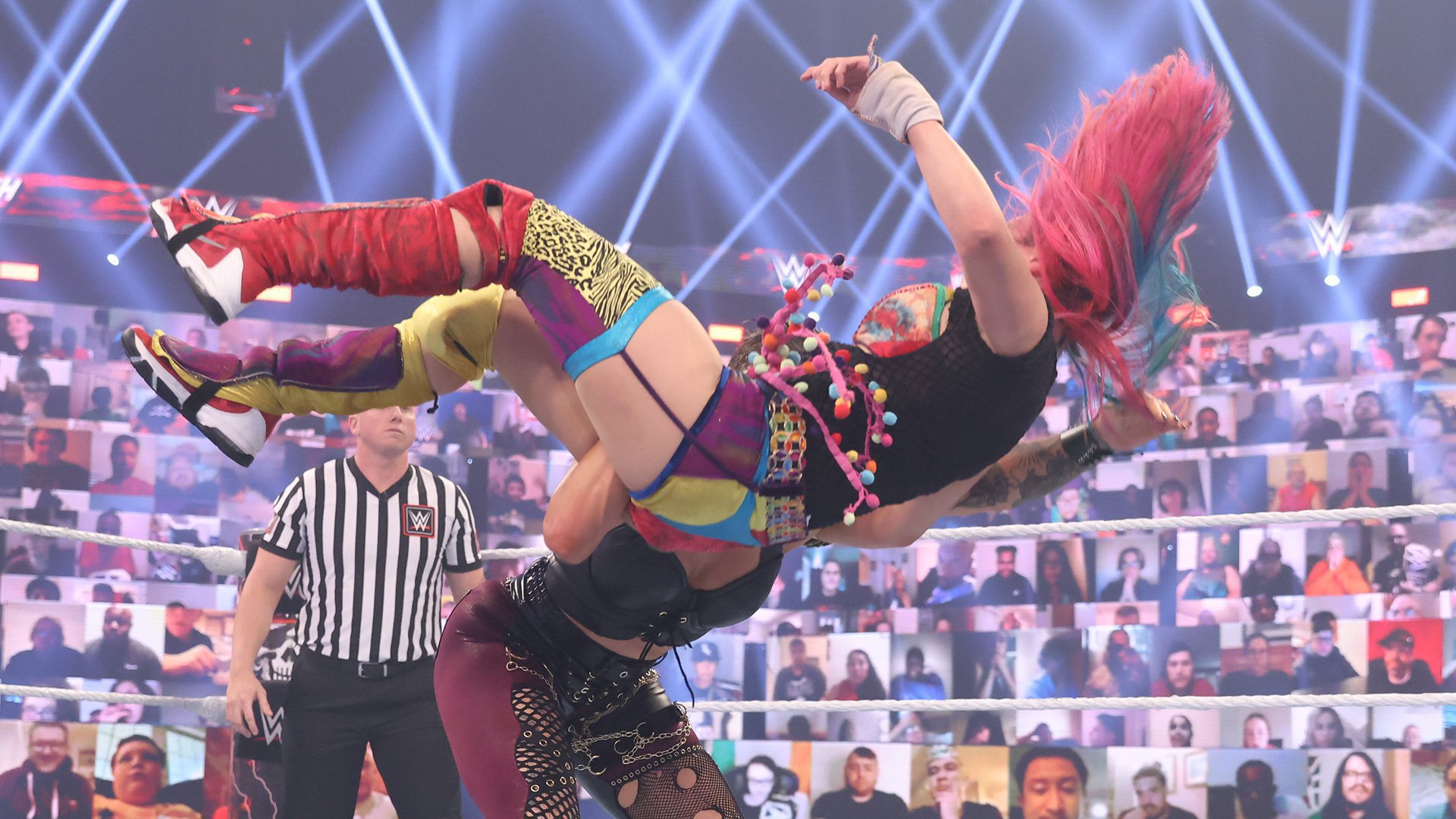 The Nightmare survived both Asuka and Charlotte Flair in a star-studded Triple Threat Match to retain her title at WrestleMania Backlash.

Charlotte, who was added to this match by assistant to Adam Pearce Sonya Deville, immediately looked to stir the pot between Asuka and Ripley and pit them in a war against each other. Neither Ripley nor Asuka took the bait, though, and Flair found herself facing off with both opponents, including a fiery showdown with Ripley.

Looking to retake her throne, The Queen used her veteran ring savvy to command the ring. But her trash talk may have backfired in the way of increased aggression from Asuka, who blasted Charlotte and Rhea with a bevy of strikes.

Charlotte later took down both foes with a moonsault to the outside before they answered with a double superplex to The Queen.

The action was dizzyingly fast from there with all competitors trading blows. But with Charlotte knocked outside the ring, Ripley took advantage by blindsiding Asuka with the Riptide, pinning The Empress of Tomorrow for the hard-fought win, and all Flair could do was stare daggers through The Nightmare and her coveted championship.