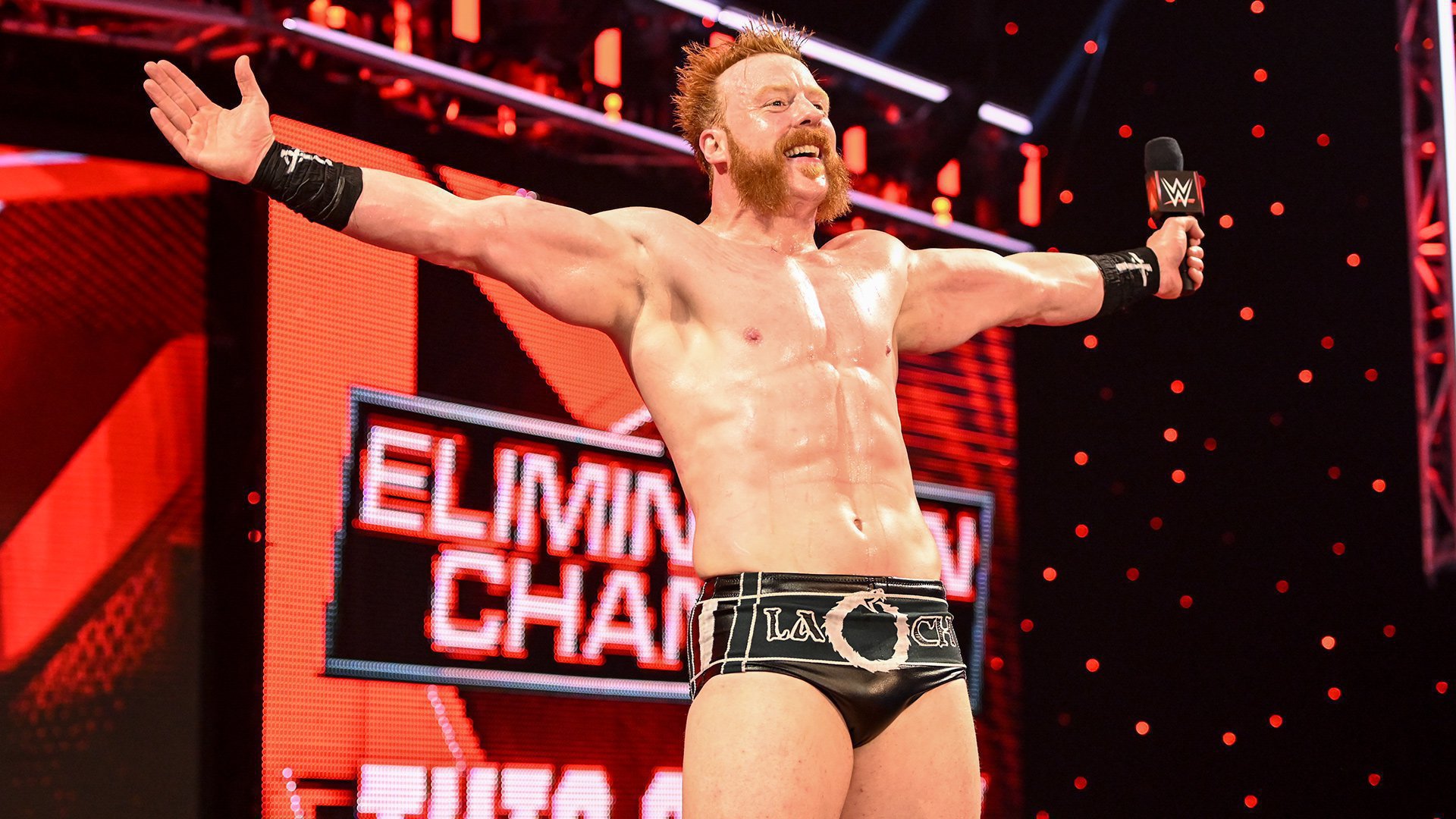 Riddle teamed up with his Lucha House Party bros to take on MVP and Raw Tag Team Champions Cedric Alexander & Shelton Benjamin in an effort to pick up momentum before the United States Championship Triple Threat Match at WWE Elimination Chamber. The Original Bro was shot out of a cannon with a rampage that leveled all three members of The Hurt Business. Gran Metalik & Lince Durado created high-flying chaos in the ring, allowing Riddle to target MVP with a Floating Bro to secure the pin. Bobby Lashley took it upon himself to claim the final statement, as The All Mighty emerged from backstage to latch a Hurt Lock onto Riddle before their Sunday showdown with Keith Lee.

Akira Tozawa finally chased down R-Truth and his “baby,” but Damian Priest was waiting in the wings to spoil the celebration. After The Archer of Infamy decked Tozawa, Bad Bunny seized his moment to win the 24/7 Title.

Charlotte Flair & Asuka met Lacey Evans & Peyton Royce in the ring, but it was the ongoing entanglement between The Sassy Southern Belle and Ric Flair that took center stage once again. With Evans evading the ring early, The Queen took the opportunity to unleash her frustrations on Royce. After finally being tagged in, Evans instead exited up toward the ramp and made a shocking announcement that she was pregnant, which elicited very different reactions from both members of the Flair family.

The Miz tried to put another master plan in motion, but a potential #KofiMania sequel derailed The A-Lister’s intentions. With The Miz stepping away from the WWE Championship Elimination Chamber Match, Kofi Kingston showed off his vintage athleticism with a dropkick that nearly punched his ticket into the clash. The Miz, battling to hand his Chamber spot to John Morrison, fought back to crush Kingston with a DDT and a debilitating Figure Four. However, Kofi reclaimed his magic by nailing The Miz with a Trouble in Paradise to earn himself a WWE Title opportunity.

Every time Lana starts flying high, Shayna Baszler & Nia Jax show up swinging to knock her down. Tonight it was The Queen of Spades that crushed and contorted the underdog from the opening bell. As Naomi and Jax brawled on the outside, an opening appeared for Lana, but Baszler had punishment teed up. The WWE Women’s Tag Team Champion connected on a knee strike and locked in a Kirifuda Clutch to secure the win.

After earning his way into the WWE Elimination Chamber Match, Kofi Kingston had to go toe-to-toe with AJ Styles to kick off the Gauntlet Match. With the action raging in the ring, Omos took control with a chokeslam of Xavier Woods that resulted in The Colossus’ ejection, but Styles targeted Kingston’s leg in underhanded fashion. After a string of intense action, Styles connected on a Phenomenal Forearm to move past Kingston.

As Styles attempted to catch his breath, the WWE Champion came charging in with a purpose. Drew McIntyre Crushed Styles with a Claymore Kick as he clung to the outside rope. A sprawling Styles managed to claw his way back and smash McIntyre into the ring post with a Phenomenal Forearm to reset the matchup. A calf-crusher from Styles pushed McIntyre to the limits of what he could withstand, but a headbutt by the WWE Champion freed himself up. A well-executed setup by McIntyre put Styles in line for a Claymore Kick that pushed the WWE Champion forward.

Jeff Hardy refused to let McIntyre catch his wind, as the three-time World Champion came out swinging. As The Charismatic Enigma pushed the pace, McIntyre tried to invade the oncoming aerial assault. An impressive DDT reversal from The King of Claymore Country was countered by a Claymore dodge from Hardy. The WWE Champion wrestled back control when a Swanton Bomb from Hardy was met by the knees of McIntyre. McIntyre wouldn’t miss on the subsequent Claymore Kick, and the WWE Champion marched on.

As Randy Orton made his way to the ring, a chilling takeover of the WWE ThunderDome by Alexa Bliss stopped The Legend Killer in his tracks. As Orton staggered around the ring, The Viper was counted out from the Gauntlet Match but didn’t exit before McIntyre crushed him with a Claymore Kick for the road.

Infuriated by his hijacked title opportunity and self-perceived disrespect, The Celtic Warrior rolled into the ring with fury toward his old friend. Sheamus smashed McIntyre into the mat time and again, but the WWE Champion dug deep to deliver a Future Shock DDT. An empty Claymore Kick attempt opened the door for a Brogue Kick that resulted in a pin by Sheamus and a huge advantage for Sunday’s Elimination Chamber Match.

The final spot in the WWE Title Elimination Chamber Match is up for grabs!

Prior to what is certain to be a thrilling Elimination Chamber Match for the WWE Championship, a star-studded Gauntlet Match will take place this Monday on Raw!

WWE Champion Drew McIntyre and former WWE Champions AJ Styles, The Miz, Randy Orton, Jeff Hardy and Sheamus will all compete in a Gauntlet Match to determine who gets the lucky distinction of entering the WWE Championship Elimination Chamber Match last on February 21.

Which Superstar will run the gauntlet to earn that coveted final entrance? Find out this Monday on Raw, live at 8/7 C on USA Network!

What will happen when Drew McIntyre appears on “Miz TV?”

Welcome to the most must-see talk show in history, Drew McIntyre.

The WWE Champion will join The Miz on “Miz TV” this Monday on Raw to discuss his upcoming title defense inside the Elimination Chamber as well as the fallout from being on the receiving end of a betrayal-fueled Brogue Kick by Sheamus two weeks ago.

With the added caveat of The Miz still hanging on to that Money in the Bank contract, there’s no telling what will unfold when he welcomes McIntyre to the “Miz TV” set!

Sheamus
share story
Fox Sports™ and © 2021 Fox Media LLC and Fox Sports Interactive Media, LLC. All rights reserved. Use of this website (including any and all parts and components) constitutes your acceptance of these Terms of Use and Updated Privacy Policy. Advertising Choices. Do Not Sell my Personal Info