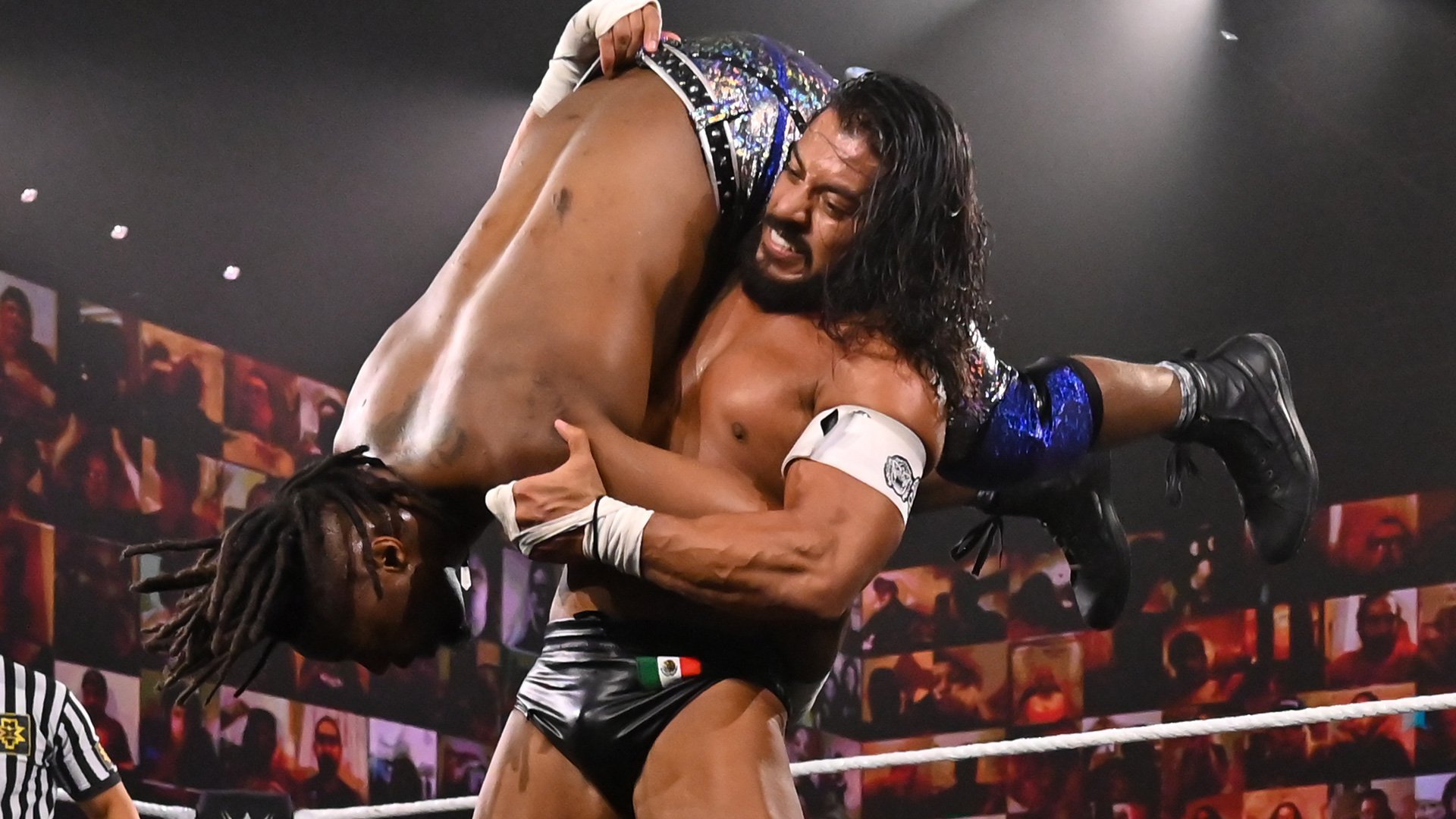 In a high-flying battle for the NXT Cruiserweight Championship, Isaiah “Swerve” Scott went toe to toe with a master of lucha libre, but Santos Escobar’s bag of tricks was too deep for the challenger to overcome, as the leader of Legado del Fantasma retained his title.

Scott came out of the gates on fire, unleashing a torrent of high-flying lucha libre style dives on the champion. But “Swerve” was halted when Escobar countered with a dive of his own that sent Scott crashing shoulder-first into the fencing and plexiglass that surround the arena.

Swerve fought through the pain and had the champion on the ropes, but as soon as Escobar’s title appeared to be in danger, Raul Mendoza and Joaquin Wilde arrived to tilt the odds in their ally’s favor. Scott was ready for Legado del Fantasma to be involved, as he sent Escobar crashing into his allies with a hurricanrana from the top rope to the arena floor. Ashante “Thee” Adonis soon arrived to help Scott fight off Mendoza and Wilde and turn this back into a one-on-one bout.

Scott survived the Phantom Driver, the Three Amigos and a frog splash from the champion and nearly captured the title after the House Call and a breathtaking 450 Splash, but it wasn’t enough. A struggle on the ring apron sent Scott crashing into the steel turnbuckle, which gave Escobar the opening to drive “Swerve” into his knee and retain the title.