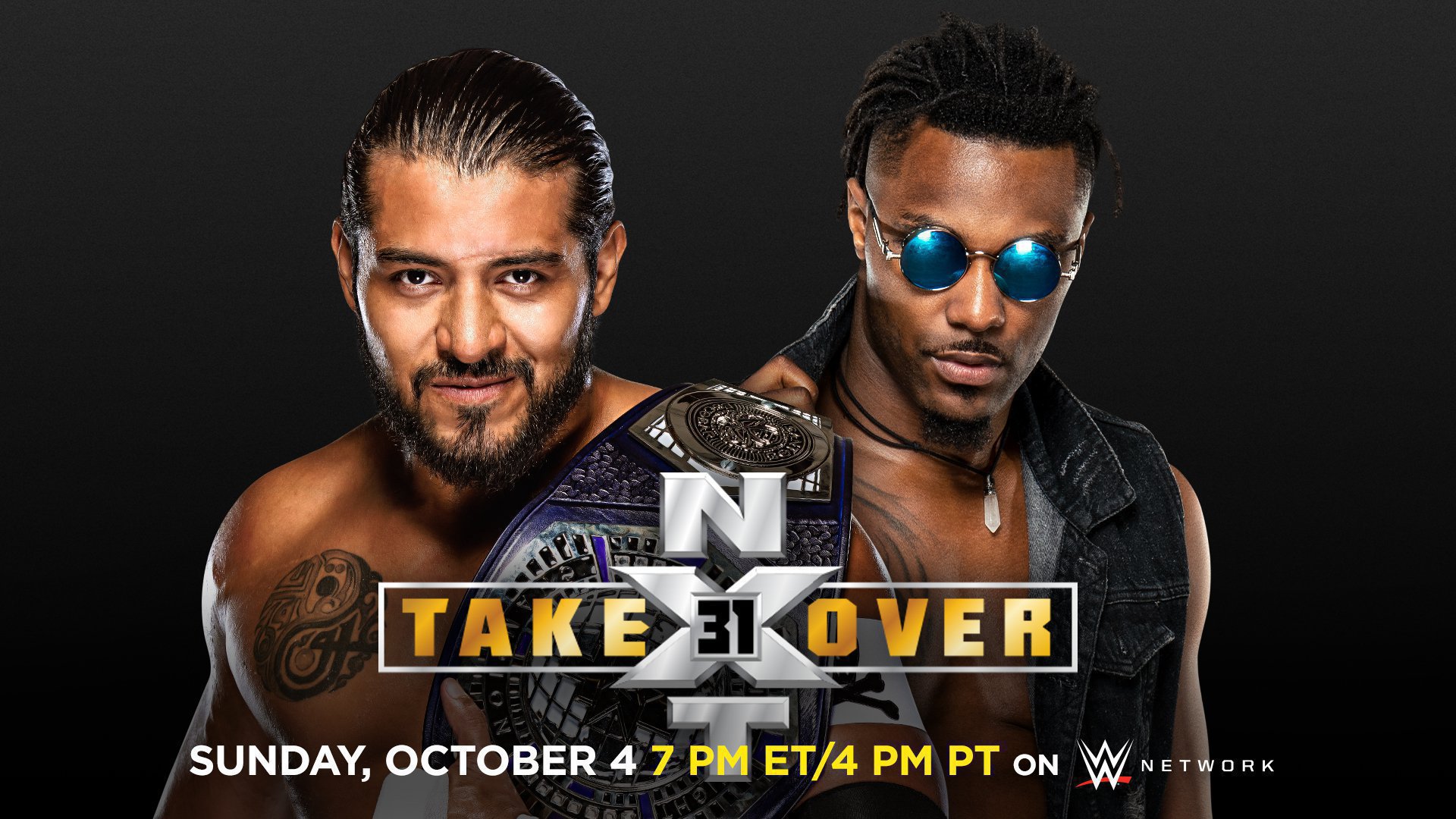 On a very special episode of 205 Live tonight, Vic Joseph will look at the upcoming title bout between Isaiah “Swerve” Scott and Santos Escobar, slated for this Sunday at NXT TakeOver 31.

The championship fight will represent a monumental moment for the purple brand, as it is the first time that the NXT Cruiserweight Title will be on the line at an NXT TakeOver.

Scott doesn’t think Escobar can beat him in a fair fight, and if recent bouts between the two Superstars are any indication, he may have point.

In fact, “Swerve” is the only competitor to defeat Escobar since the brazen titleholder arrived in WWE. He has twice accomplished the feat, taking down Escobar in the NXT Cruiserweight Championship Tournament earlier this year (Escobar was wearing a mask and competing as El Hijo del Fantasma at the time) and also teaming with Breezango for a wild Six-Man Street Fight against Legado del Fantasma and once again pinning the champion. Despite losing to Scott during the round robin portion of the eight-Superstar tournament, however, Escobar rallied to emerge as the overall winner and new NXT Cruiserweight Champion.

As a result of twice beating Escobar and picking up several other impressive victories on 205 Live and NXT, Scott was awarded a title fight against the leader of Legado del Fantasma on the Aug. 26 edition of NXT, though Escobar had a trick up his sleeve. After retreating to ringside, Escobar donned a mask that appeared to contain a heavy object and headbutted Scott to retain his title.

Given the disappointing and controversial outcome, Scott pressed forward in his quest to dethrone Escobar, and on Sunday at NXT TakeOver 31, the acrobatic Superstar will have the opportunity to finally accomplish his goal when he once again challenges “The Leader of Leaders.”

Don’t miss a special preview tonight on 205 Live, streaming at 10/9 C on the award-winning WWE Network, and tune in to WWE Network on Sunday at 7 ET/4 PT to catch NXT TakeOver 31 for what is sure to be a thrilling NXT Cruiserweight Championship Match!