The Latest on the effects of the coronavirus outbreak on sports around the world:

The school said Wednesday night it was preparing to begin a 20-hour week in which athletes and staff would be in larger groups than during voluntary workouts or eight-hour weeks. It conducted surveillance COVID-19 testing recently on staff members and athletes. One staff member received a positive result.

The program will pause workouts and won’t start 20-hour weeks until it receives complete results from surveillance testing.

The Ohio Valley Conference has postponed the start of competition for fall Olympic sports until Sept. 17, and the league also plans to compete in conference only for women’s soccer and volleyball.

That does not include a decision yet on OVC football due to what the league calls “existing contractual matters.”

The delay also applies to the non-traditional seasons for baseball and softball. The board will be monitoring the coronavirus pandemic to make sure the OVC’s plans are supported by current medical evidence and guidance.

New York Mets hitting coach Chili Davis hasn’t decided if he will rejoin the team at any point this season because of concerns about the coronavirus.

The 60-year-old Davis has been working remotely from his Arizona home during the pandemic, doing his best to help Mets hitters throughout their summer training camp in New York this month. On a video conference call with reporters, he said he’s at risk due to underlying health conditions that he preferred to keep private.

“It’s a tough decision,” Davis said. “It’s not easy. It’s kind of boring sitting here not doing what I signed up to do.”

Davis said he’s “very much in contact” with all the players and especially manager Luis Rojas and assistant hitting coach Tom Slater, who is subbing on site at Citi Field.

“I do have a chance to watch what they’re doing on the field while I’m not there, and if there’s something that I see that I need to talk to someone about, then I will text them first and then call them and we’ll have conversations,” Davis said.

Rubio has been cleared and joined the team in Florida following a positive result in Phoenix. The team’s starting point guard was able to practice beginning Tuesday but wasn’t sure how much he would play in the team’s upcoming scrimmages.

Baynes is still in Phoenix and said in a video interview with Stadium that he’s “trying to pass some steps to get re-united with the team out there in Orlando.” He said he hasn’t tested “passable” in about 30 days.

Baynes said he the coronavirus hit him pretty hard and he “slept for four days straight” but he’s starting to feel better now. He said his wife and two kids also tested positive but had “very minimal” symptoms.

Toledo says football coach Jason Candle has tested positive for the coronavirus. The school says Candle will spend next 10 days self-isolating at home.

A statement released Wednesday by the university says Candle isn’t showing any symptoms, and that he contracted the virus from someone outside the athletic department.

Tulane says the COVID-19 pandemic has caused the cancellation of college basketball game scheduled in China this November.

Tulane was slated to play against Washington in the Pac-12 China Game in Shanghai.

A Tulane spokesman says the decision to cancel the event was made in coordination with Washington as well as Chinese-based partners in the event, Alibaba and the Federation of University Sport of China.

The decision to call off the game also comes amid rising diplomatic tensions between the two countries. The US State Department this week ordered China to close its consulate in Houston after the indictments of Chinese hackers who’ve allegedly sought to steal coronavirus vaccine research being done by institutions in Texas.

China has condemned the order to close its Houston consulate and warned of a firm response.

The Atlanta Falcons have told season ticket holders that the team plans to have as many as 10,000 to 20,000 fans at home games this season.

The Falcons said in Wednesday’s email that the reduced capacity meets local requirements as well as the social distancing guidelines set by the NFL and the Centers for Disease Control and Prevention.

Season ticket holders who are current on their payments will be asked to rank the first four home games they’d like to attend, if any.

The team says plans could be affected by changes in the coronavirus pandemic. Barring changes, the team plans to send a second survey in October for the final four home games.

All fans must wear face masks.

Boxing and mixed martial arts competition may resume in California after the state athletic commission approved new safety regulations for the coronavirus pandemic.

The commission will require a “quarantine bubble” around participants in every event, including referees and judges. The events also must be held without fans.

Golden Boy plans to stage a boxing show Friday night in Indio as the first event since the end of the combat sports suspension. Vergil Ortiz Jr. (15-0, 15 KOs) will defend his minor welterweight title against Samuel Vargas (31-5-2, 14 KOs) in the main event.

Former Chelsea player Dan Petrescu has tested positive for the coronavirus and has been taken to the hospital.

He will remain hospitalized for at least 48 hours.

Petrescu currently coaches Romanian club CFR Cluj. Fourteen staff members and players at the club have tested positive in recent days. Three of those have since tested negative but will remain under observation.

Clubs are considering suspending the Romanian league as the country registers a growing number of virus infections. There were 1,030 new cases in the last 24 hours. That is the highest amount since the pandemic reached Romania in February.

Kansas City Royals outfielder Hunter Dozier has tested positive for COVID-19 and been placed on the injured list before the club played its final exhibition game against the Cardinals in St. Louis.

The 28-year-old is coming off a breakthrough season in which he hit 26 homers with 84 RBIs and tying for the American League lead in triples. He is expected to play a big role for the Royals during their abbreviated 60-game season, which begins against the Indians on Friday night in Cleveland.

Dozier said in a statement that he had been feeling “a couple of symptoms that go with the virus” and is now following the medical team’s direction by quarantining. He will need to test negative twice before returning to the club.

Houston Rockets star Russell Westbrook is set to practice with the team for the first time since revealing that he tested positive for the coronavirus.

Westbrook did not travel with the Rockets on July 9 when they flew to Florida for the NBA’s restart. The nine-time All-Star revealed on social media that he had tested positive for the virus on July 14 and he did not arrive in Florida until Monday.

Westbrook had to quarantine upon his arrival at Disney but was cleared to join the Rockets for their practice on Wednesday.

He said his only symptom was a stuffy nose and that he’s feeling great now and ready to get to work with the Rockets, who open the season July 31 against Dallas.

Westbrook, who wore a mask as he spoke to the media despite being inside the NBA bubble, urged people not take the coronavirus lightly and to wear a mask.

“I’m not a doctor nor a specialist, but I do know that it’s definitely something to take very seriously,” he said. “To understand that wearing a mask can be between life or death honestly ... there are people dying from this virus each and every day and it’s something that we all need to take very, very seriously.”

Swiss soccer club Basel says one of its players has tested positive for the coronavirus but its league game against St. Gallen will go ahead.

Basel says the unidentified player has been in isolation on the advice of public health officials. The rest of the squad tested negative and will not go into quarantine.

Basel is the third of the 10 Swiss clubs to have at least one player test positive since the league restarted last month.

Basel will finish its season and then resume in the Europa League on Aug. 6. The club will then play in the Swiss Cup semifinals.

The International Tennis Federation plans to resume its lower-level World Tennis Tour the week of Aug. 17 and its junior and beach tennis tours two weeks later when the U.S. Open is scheduled to begin.

All ITF tours have been suspended since March because of the coronavirus pandemic.

The governing body says it has not decided on return dates for the senior or wheelchair tours but neither will have tournaments take place before Aug. 31.

The ITF also announced its COVID-19 protocols for its tournaments and players.

That includes telling participants they shouldn’t travel to tournaments if they tested positive for the virus within seven days or were exposed to anyone with the virus or its symptoms within 14 days.

The PGA Tour Series-China season has been canceled because of the coronavirus pandemic.

The China-based tour's executive director says attempts to move the qualifying tournaments to other sites in Asia were not practical and restricted access into mainland China made it too difficult to stage tournaments in 2020.

Greg Carlson says "staging a tour based in China with players from five different continents is just not feasible at this time.”

The tour is owned by the PGA Tour and operates in partnership with the Chinese Golf Association. It started in 2014 and is open to all nationalities and attracts players mainly from Asia and the Pacific Rim.

Players who earned membership following the 2019 season will maintain their PGA Tour Series-China status in 2021. 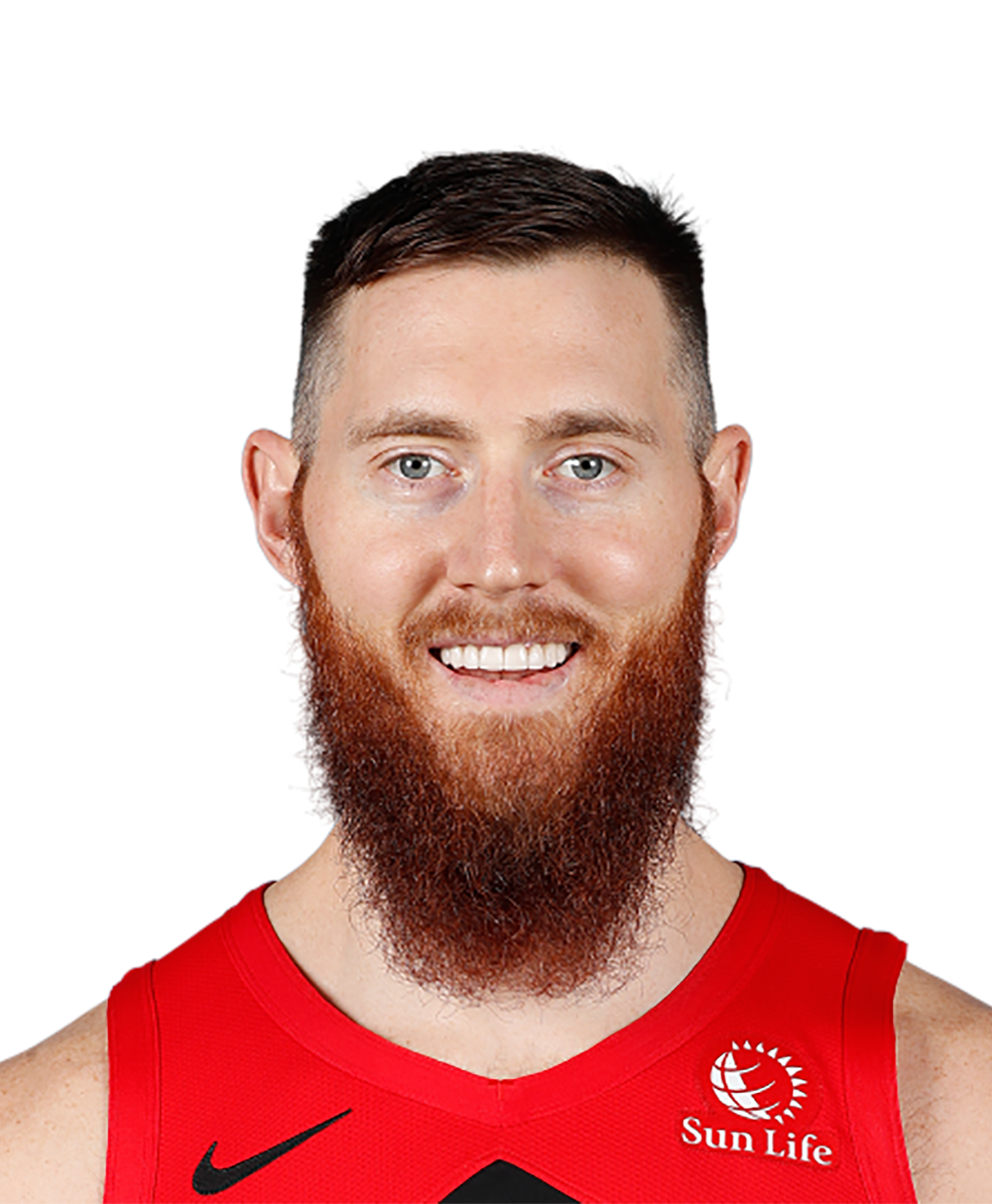 Houston Rockets
share story
Fox Sports™ and © 2020 Fox Media LLC and Fox Sports Interactive Media, LLC. All rights reserved. Use of this website (including any and all parts and components) constitutes your acceptance of these Terms of Use and Updated Privacy Policy. Advertising Choices. Do Not Sell my Personal Info