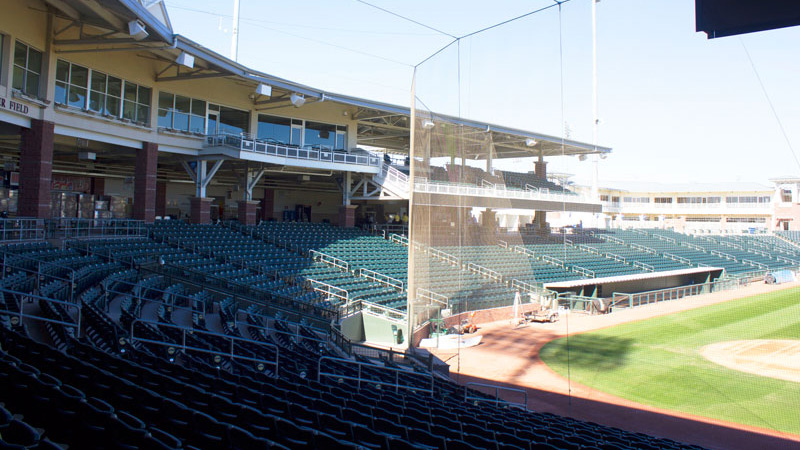 Signature food: Food at the stadium changes every year, but you can always count on funnel cakes and cheese steaks. Chill out at the beer garden with a frozen margarita.

Cheapest seat: Save some bucks by bringing your own chair and sit in the lawn for only $8.

Pregame hotspot: Just a little ways down from the stadium is Booty’s Wings, Burgers and Beers. Enjoy wings that have won multiple awards at the National Buffalo Wing Festival in Buffalo, NY. This family friendly place includes karaoke and live music.

Postgame sports bar: Less than 10 minutes away, Runners Sports Bar is the best way to finish off your day. Hit the pool tables or try karaoke.

Nearby attraction: If you want to work off baseball food, the Surprise Recreation Center is located in front of Surprise Stadium, complete with a tennis and racquet complex, dog park, aquatic center and lake.

Feels like home: Rangers fans might recognize the roped off section of the grass that makes up the lower half of the hitter’s backdrop in center, because just like at the Rangers Ballpark, fans can retrieve home run balls that fall in that area. Royals fans can buy World Series championship attire in the team shop.