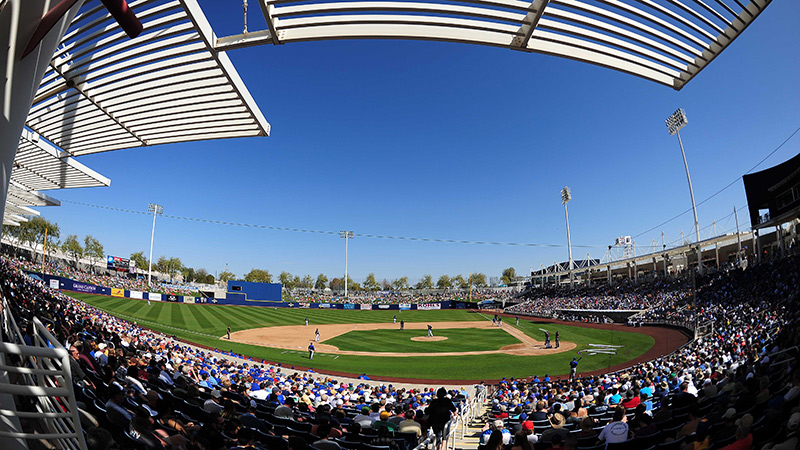 Feature: A lot of Cactus League teams have started a trend of playing college baseball teams and the Brewers will be joining in on the fun this year. They will be playing the University of Wisconsin-Milwaukee to kick off spring training.

Autographs: Fans can grab Brewers autographs after their pregame stretching down the right field line, lawn and behind their dugout.

Signature food: Sink your teeth into some true Milwaukee flair with a juicy bratwurst.

Don’t miss this: If you love to collect baseball memorabilia, then don’t miss the six games the Brewers are giving away bobbleheads.

Most expensive seat: For those who want to feel like they’re part of the action and close to the players, pay $27 to sit anywhere behind the third base to first base line.

Cheapest seat: A popular destination to soak up the sun: lounge out in the lawn for $8.

Pregame hotspot: While in Maryvale, to get that true Miller Park experience, join Brewers fans who tailgate in the parking lots before the game.

Nearby attraction: Recently renovated and re-opened just last month is GCU Golf Course, formerly known as the Maryvale Golf Course. Just down the street, it is open to the public from 8-5.

Feels like home: Just like Miller Park, fans are treated to the Sausage Race before the bottom of the sixth inning.