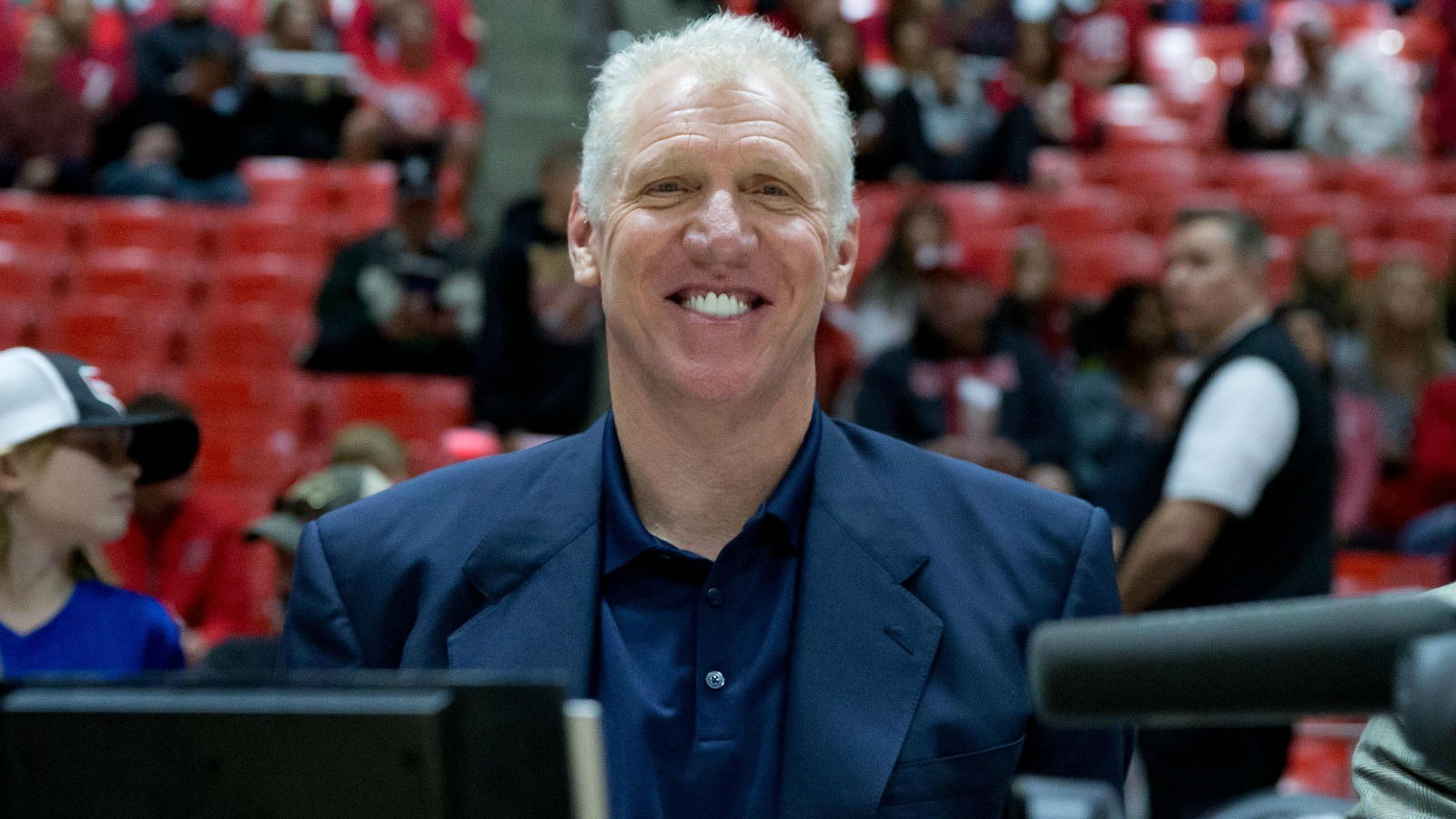 TUCSON, Ariz. — Bill Walton went silent for a couple of seconds. That rarely, if ever, happens.

He hesitated after hearing the question: What does he think about Arizona basketball fans’ love-hate relationship with him?

"What am I supposed to say?" he said after a short but longer-than-usual pause. "I love my job. … I just report the facts."

No question, Walton, an NBA Hall of Famer turned commentator, has his followers, critics and admirers — and all for the love of basketball.

"I think it is terrific," said Pac-12 Conference commissioner Larry Scott, one of the men responsible for bringing Walton back on TV during the 2012-13 season after a two-year hiatus. "He is an iconic and important figure in the history of Pac-12 basketball. (He) has a good perspective on the sport."

His critics, however, say that perspective is too tangential. He meanders away from the game, often referring to subjects that have nothing to do with basketball, and that irritates some of the viewers.

Where did he get his style?

Bill is just so many eclectic things, including being arguably the best college basketball player ever while he was at UCLA and becoming perhaps the Grateful Dead’s most legendary fan.

To wit: "Tucson has more species of birds than anywhere else except the Amazon rain forest."

"Lute Olson, the man who brought water to the desert."

"My bike is my gym, my wheelchair, my church."

"Parker Jackson-Cartwright has two syllables in each name — a nightmare for a stutterer."

That is just a sampling of his wayward thoughts during recent Arizona games. References to Tucson native Linda Ronstadt often make their way into the telecast, too. Any topic could come into play.

His random thoughts have led to "Bill Walton Bingo," inspired by a Colorado student who placed Walton’s most common sayings on a bingo-like card. As soon as Walton says one of them, cross off that box.

"When you are watching a game on TV with someone, you should never, with very few exceptions, end up talking about the commentator and not the game," said Arizona fan Lanny Watts, a frequent Facebook critic of Walton.

"Walton is a prime example of someone that, similar to (Howard) Cosell in the ’70s and ’80s makes himself larger than the game he is commenting on. When my son and I watch a game together and Walton is in the booth, we end up talking about him.

"He also seems intent on arguing with his play-by-play partner many times, rather than focusing on the game. … What I mentioned are things I’ve said and heard and read others say, so I know it is not my imagination."

"Bill Walton is the only reason to watch college basketball during the silly season that is the regular league schedule," said Gabrielson, a former Tucson sports radio talk show host.

"I know that hard-core basketball fanatics may find his commentary to be off-topic at times but that’s even more reason for Bill to keep doing what he is doing. …

"Walton, whether we like it or not, forces us to put this silly game in perspective. The fans that can’t do that have a problem with Walton. Or at least they think they do. Their real problem is finding perspective in their own lives. Bill just becomes a target because those fans choose to criticize the messenger rather than face their own issues."

Bill Walton with the UCLA Bruins in a December 1973 game against North Carolina State.

The petition had about 1,500 signatures as of this week, but what’s it really going to do? Walton continues on.

Scott said the Pac-12 reviews all the broadcasts as well as the feedback from the fans. When it comes to Walton, Scott said the league is "delighted with his performance and success."

As for his nonsensical comments and the fans’ love-hate relationship, Scott said, "Like many of the best broadcasters, Bill has strong opinions and interesting takes on important issues and the game. Bill brings a terrific blend of personality, perspective and expertise to our games. He makes the broadcast more interesting for fans."

And he loves Tucson. When in southern Arizona, he’s a frequent visitor to Rialto Theater, where he helped hold a large fundraiser just two weeks ago. He spent three hours, mixing and mingling. After a 70-minute talk — waxing poetic about his days with John Wooden, his years following Lute Olson and Jim Rosborough as they coached his son Luke at Arizona, his love of the Biosphere and all things cycling — he spent another hour playing the drums with a local band.

"Bill Walton is a wonderful storyteller," said Rosborough, a former Arizona basketball assistant and the master of ceremonies at the Rialto fundraiser. "He exudes passion, sensitivity, humor and brutal honesty. He’s one of the very best (people) I have experienced in my life. And he has a selfless way of presenting those stories."

Walton, 62, has come a long way as a broadcaster. When he says Parker Jackson-Cartwright’s name is tough for him to pronounce, it’s true. For years, Walton was a stutterer. But he’s stretched his broadcasting career well past 20 years.

But lots of networks did and do, most recently the Pac-12 and then ESPN.

"I’m back," he said. "It’s a great honor and privilege. It’s a humbling opportunity to work with the conference and interact with the fans. It’s inspiring to me."

And in between games in Tucson, he said, he gets to go to the Rialto and the Biosphere. In fact, few know the facts about Tucson more than Walton, who surprised many by pointing out the number of bird species in the region and by mentioning that Tucson is the third-sunniest place in the United States with some of the cleanest air in the country.

How does he know all this?

"Because I like to read and I’m interested in birds," he said, with a smile. "I played with Larry Bird. And I love Tucson. I love riding my bike to Mount Lemmon. I love watching the javelina.

"The people are super cool. It’s a fantastic place and it’s beautiful."