TUCSON, Ariz. — It’s good to be No. 1; the Arizona basketball program is certainly reaping the benefits.

Wildcats coach Sean Miller was in attendance at Dorsey’s game Friday night, according to the Los Angeles Times. Dorsey, ranked No. 7 overall in Scout.com’s rankings for the 2015 class, has said Arizona has been recruiting him since he was in the eighth grade.

Just committed to the University of Arizona #BearDown 🐻🔴🔵

Scout breaks down his game as follows:

"Dorsey’s game includes one of the best pull-up jump shots in high school basketball. His offensive style reminds somewhat of (Trail Blazers guard) Jerryd Bayless, and the two also are comparably tall and built. Dorsey uses his dribble to set up jumpers, elevates nicely and has a quick release. He’s a fine athlete as well who scores impressively in transition and around the hoop. He must get stronger for college and improve his decision-making as a passer." 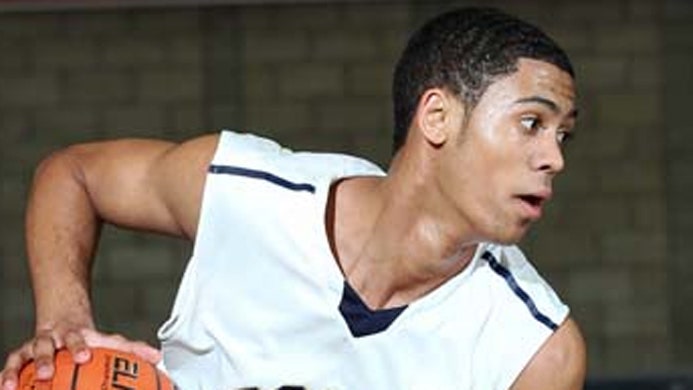 Dorsey is the first member of the 2015 class to commit to Arizona and continues a successful run of recruiting in California by Miller. Arizona got highly touted forward Stanley Johnson out of Santa Ana Mater Dei and point guard Parker Jackson-Cartwright out of Los Angeles Loyola in the 2014 class (widely considered among the best nationally), current freshman phenom Aaron Gordon out of San Jose Archbishop Mitty in 2013, and five-star big man Grant Jerrett out of La Verne Lutheran and shooting guard Gabe York out of Orange Lutheran in 2012.

And Arizona doesn’t plan to stop at just Dorsey in California in 2015, as Miller is after 6-foot-9 forward Ivan Rabb — a five-star recruit and Scout’s No. 4 player overall — from Bishop O’Dowd in Oakland.